The music, don’t worry, carries away in a shopping basket,

Frozen peas for a pillow, cool and soft, warm and sweet.

Words and sounds decay through the air we breathe a dozen

Breaths per minute, inhale, exhale, difficult as the task it

Has become, to the point of exhaustion as we merely complete

A sentence, something we’ve done so thoughtlessly–those inch-

Long phrases never measuring up or down or any direction we

Let our subjects wander. Most years we never saw coming until

Here upon us, life’s bellows, or billows, squeezed Smitty’s

Little accordion. One note only hissing at wood, a ship, a tree.

The wind fills our solidly trimmed sails, fade in the sun, still,

Placid as a mirror you can hold like that pillow. Split peas

Softening with age, so much younger than friends we forget

As they have forgotten us, little frozen spheres the flash

Of which is well thawed on the way home, green as the day

Pods ripped and spilled them, anonymous mass in conveyors of wet

Produce, boiled without tattoos, without arms, hoarded in a cache

Below instant zero, static until now, until the steam bouquet

Blooms against the ceiling. And this, baptism by water, total

Immersion, you know, is the best way to learn a new language,

Heated so that surface swirls curl back in waves without foam.

No games here. All these little balls. No games. A gravy mote

Around the starchy white castle, guards awaiting the changes,

Press their forks into the road as lovers lying awake at home.

Okay. Seriously, I don’t know what you think I do all days long here atop this this ivory tower made of ACME Brick, pressure-treated wood, gypsum and other stuff. These are cramped quarters with little or no redeeming qualities other than a supposedly high-speed Internet connection, most of my books and an adequate stereo hosting a far less-than-adequate turntable with which I can listen to some of the best music recorded and mass-distributed on vinyl, conceived and performed at tremendous abandon and funk significantly pre-dating the artist formerly known as prince’s high-heeled blister infection, foil-lined bedroom, pantie-lined tight-jeaned nonexistent buttocks, back when, even before he was known as “Skippy,” alienating high-school peers as though such behavior were brainstem activity, youthfully clueless to what we now know as truth: that such actions occur out of sense of fashion, the desire to be different that makes one so much like everyone else. But forget him. He’s overrated. He does not concern me other than his introduction into popular culture serves as a smudge mark on the linear time ruler. Far more interesting is Rapunzel. Beautiful, magnificent Rapunzel. Absent. I hired her on the spot. She liked the terms. Seemed pleased with the arrangements, haggled a bit on the salary, but I would have been disappointed had she not. Perhaps she had second thoughts about the modest but highly-flexible benefit package. I don’t have time to train her now. And I don’t have time to replace her. Until I hired her, I never understood how glaringly inadequate my organizational and time-management skills. Nearing the end of this workday, I ignore the messages. Surely they do not include one from her. Today’s mail remains on the hallway floor, a study in entropy to which her absence pays tribute. She does not accompany me, tie me up or down or spin me yarns with her flaxen locks coiled into labyrinthine pin curls. She does not nuzzle my side, lovingly, affectionately, unaware that she derives far less comfort from her casual and innocent embrace than the balmy encouragement it provides her timid companion who wants nothing more than to create a life with her, lives with her, many lives. She is not here to throw down her hair should someone want to come visit, as if I would allow such a thing. No. I would not allow any such thing. Please understand that this does not in anyway conflict with my long-standing yet rarely availed open invitation to drop by the studio at anytime. I’ve got an opened-door policy. You don’t even have to knock. However, all I ask is that you first call Rapunzel and arrange an appointment. Oh, Rapunzel. I am not your hair. But you have let me down.

of grace and beauty

Notice that vessels of all kinds that require constant attention and maintenance, careful systems monitoring on the part of a pilot to bring out the best performance… these vessels all sport vast control panels. Captains refer to their ships using feminine pronouns. They are things of grace and beauty. What ever happened to the love a captain should have for his ship? Is this a romance lost on our day? He must love her. Only if he truly loves the vessel that carries him to all points on earth, that keeps him afloat through all storms and calms, that is an oasis in times of doldrums, a cradling shelter for the weary traveler… only if he is willing to care for her with all his heart and energy to the point that exceeds the willingness of all others aware of that ship, only then is he worthy to command her and her crew to go places and do things never imagined.
This is an exquisite metaphor for relationships, and doesn’t seem as though it would popular today as the male would seem the dominant partner. But such dominance has never been the case in the shared purposes of this partnership.
Women were thought to bring bad luck when they came aboard a ship. Superstition had it that the ship became jealous of the other lady, (notice I say the other lady with emphasis on ‘other’ as if I really mean it!) especially if the lady was the captain’s wife. This makes perfect sense when you consider how the flesh-and-blood woman would distract the captain from his duties to see that the ship was cared for to as high a degree as ever: impossible if attempting ensure his spousal unit comfort.”You love your smelly old ship more than you love me,” the wife would whine. A loud creaking sound would come from below decks as if the smelly old ship acknowledged the perfumed witch of a captain’s wife, echoing her point of view. This is what would happen:  Checklists would get hurried through, knots would be left untied, gear would not get stowed, rowdiness would go unchecked… next thing you would know she’d be taking on water and the rudder would be jammed. The ship could do nothing but go in circles while she and all aboard her sank.

the crack of dawn

and so, why not invest in your new possible ocean-front property. This amounts to some seriously aggressive real estate speculation, certainly. So far, we’ve got a 36-mile-long crack, 20-feet-wide at its broadest, opening from seismic activity in 2005. This is the stuff of doomsday movies. Afar, Ethiopia, the Red Sea, parting without Noah’s request  ((though a case could be made, I’m sure, and it was Moses, anyway))  leading to who knows what and the kicker, who knows when. Projected time-lines strongly suggest the ocean formation will occur “eventually.”
Thanks for the heads up, guys. Exactly how eventual are we talking? Couldn’t some enterprising government real estate tycoon, dictator, tyrant, benevolent tribal entity entrepreneur type come up with a plan to market this stuff… futures? Nah, couldn’t be legal in any part of the world. Surely someone could develop an industry toward touring this amazing geological site. Its newness is its novelty. The Grand Canyon is how old? This thing, this new hole, is spanking brand shiny smelling of plastic new by any measurable geological terms.
I want to see it. I would pay good money to see it. Could I please have a show of hands from all who witnessed the birth of any other oceans of which we might be aware? That’s what I thought.
Okay, let’s charter the flights. Let’s get our passports ready. Let’s take a look at this hole while it’s still so tiny we can tell our grandchildren and they won’t believe a word. 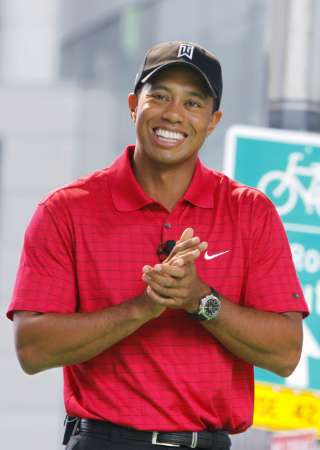 First saw this on Twitter about 12 hours after the fact. One must wonder what is up with that. And so I do. First one tweet, then another….    Tiger Woods had a wreck, he’s in the hospital… links to some news sources… most news sources fragmentary at best. Word is that his injuries are serious.. that it is a single-vehicle accident. Who knows, at this point. U.S. News – Headlines, Stories and Video from CNN.com. No matter. I’m amazed, absolutely astonished at the instant out pouring of concern, sympathy and acknowledgement of prayer on his behalf. No mention of the family. But, hey, they are not Tiger Wood. To other amazement, his name is not showing up in Google Trends as of this writing. Give it a few minutes. Wow.