all the live long day

Burlington Northern and Santa Fe Railways… the connotation is warm. The combination is hot, for Warren Buffett, anyway. But I’m just playing with the words here. I know very little about the investment, the mess of money, the $34 billion changing hands, the back and forth shuffling of such commerce, all that’s on the line, the possibility of economic derailment… blah, blah, blah.
But when I hear the name, the brand, the icon Burlington, I think of trains, but then I think of coats and socks. Again, branding has scarred my brain. Oh, and Santa Fe, please. What has that to do with railways, I don’t know. It’s an unreal mockery-ville to the north of Albuquerque whose inhabitants are numb to the new-age artsy sweatlodge gift shop a-go-go status that brings in millions in tourist dollars along with the overly cordial presence of tribal-owned casinos along the way to and from the airport.
The railroads are things. The names of the places once closely associated with those things are memories, no more relevant than any arbitrary label invented yesterday at a marketing meeting.
Railroad companies have been named for places. Places have been named for railroad companies. I live in such a place. Frisco, TX. Never would anyone in San Francisco allow their city to be called Frisco. To do so would mark one as an obvious visitor. But here, in Frisco, Frisco is called Frisco. When we moved here in 1992 only 6000 other souls called this town home. Now the population is close to 106 thousand. Still, I cannot resist my favorite nickname for this suburb north of Dallas: Frisco, City by the Hay. There is still plenty of hay all over the place, even with the railroad coming through town. 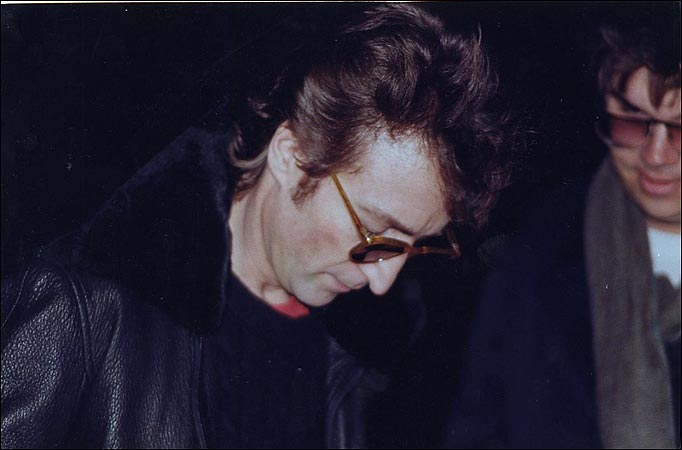 The nature of this venue does not put a premium on research. This is no publication of record. It’s the Internet. Worse, it’s a blog. A web log. A log on the web. It is a log of blurbs and nonverbal verbiage because it has not been verbalized, actually uttered other than through these fingers upon this keyboard, and then, if you are a tormented with cognition, the voice you are hearing as you read this. The difference is that I don’t talk this way, the way these words are coming out here on this screen, unless I am writing. Or do I? I don’t really know. Sometimes and not.

I remember very little of what I say when I say a thing or two verbally, using the articulation tools from my guts to the end of my nose.  ((Some would include body movements, facial expressions and gestures often accompanying my speech.))  So, I’m discovering as these words accumulate on this log, I do not remember them as I thought I should or would. But that’s okay. They are here. That’s where the log part of blog comes in. That’s for what logs are. And the web, it’s for convenience, I suppose. Otherwise I probably would not have written here what I have written. But I did. I wrote them on this day, the 5th of November.

Upon hearing this date I’m reminded of it, of hearing the date spoken, verbalized, written about, cataloged, sung even. The singing part was what I couldn’t get out of my head. Instantly John Lennon’s song surfaced amidst the chemical flora and fauna playing with each other in the forest that is my gray matter. Some call it memory. I remembered the song, but not the title. Irony blesses my life again. This called for action on which the nature of this venue does not put a premium. ((Research. Remember? NOTE: First mentioned in the first sentence, first paragraph of this post.))
What I remembered most about the song was its finish, the last line. I dug a bit and found quite a few sites offered lyrics to all of John Lennon’s song catalog. To my amazement the first few sites showed different versions of the same song, different from each other, and certainly varied from what I remembered. The thing is, I don’t trust my memory as once I did. This is probably a mistake. I’ve discovered that I’ve remembered incorrectly far fewer times than not, even with younger, fresher minds at hand. Nevertheless, I could have sworn that Mr. Lennon ended the song Remember with “the 5th of November.” But the versions of lyrics I beheld through my “research” had omitted those words. ((Forgive me when I say that I felt like somebody was playing mind games.))  Anyway, I looked around until I found a couple of sites that did indeed agree with my memory. And so, I felt a lot better about a few things. Just couldn’t remember what.

Oh, and something about a Guy named Fawkes…

spoyler alert… it’s people…  and kinda stupid… ((as are some people, like, for example, those who write about it 35 years later… and those who read about it… and those who, when they write, excessively use ellipses as a smooth and default-type of punctuation…)) happened in a movie a long time ago with a story set in a future still eleven years in…  the future, as in, from now. I decided to watch this quasi classic film again a few days ago, what with Thanksgiving and all. This was only the second time I had watched it since seeing the first time. Duh. END_OF_DOCUMENT_TOKEN_TO_BE_REPLACED

Klaatu called, he wants his shiny metallic object back

Professor Barnhart, the smartest man in the world, contacted the offices of Sacred Clone Chronicles with news of a communication he received from Klaatu.

“It goes on like this for about eight hundred pages or so,” said Barnhart. “Here, I’ll read it to you: Moncli nadoplictonrinca sphlectisto marapulo victu marinngane….  And then on page 477 the whole tone of the message changes after the word ‘Boyonce.’ Turns out that’s how the pronounce Beyonce in their language.”

Translation: You know, you guys haven’t changed a bit since we left. All those people joining together for a moment of unity, right where we landed back in 1951 of y0ur Earth years, and the biggest news of the event is that Beyonce lip synced. All societies on this end of the galaxy are amazed you still haven’t destroyed your planet.

A-Rod, a strike-out before the strike

The radio said a Cessna made an emergency landing

ont the same side of the freeway I was driving on

minutes earlier. This happened in Gallup

on the way to Salt Lake City from Dallas. So,

I have convinced myself I can make something of it

because one can take such liberties in poetry, the way a gull

dives for food at the stern of a ferry

while crossing the bay. A similar thing happened

five years later while driving back from cold nights

in San Francisco, the sea made me homesick

for the coast of Texas, Baytown, where I cut my foot

on the beach. There, I saw two men pulling

a sack of seaweed from the water. A boy my age

had drowned. The undertow, brought him there

from a mile away. He shouldn’t have been out anyway,

the water was too cold. He was only doing what I would have

had I not seen him blue and swollen.

But I cut my foot and left a thread of blood

to my aunt’s back porch. She told me to wade in the ocean

because salt water was good for hurts.

The water was too cold that day, I said.

And so, driving back from San Francisco I saw that Cesna

parked on the side of the highway like it belonged there.

And there was no news of it, because the night before

John Lennon was murdered; the radio played nothing

but his music and talk of his death.

Soon south of the Great Salt Lake, the smell

made me think of where I had been the day before.

Then, the radio said something about a Cessna

making an emergency landing. It was too cold

that day for wading.